Rich Tarpening began his news career in 1984 as a Radio/TV Broadcaster in the USAF.  After being stationed overseas for four years, he moved back to California to find a job in the commercial world of TV Broadcasting.

His first job was at KMIR-TV in 1990, where he started as a Master Control operator before transitioning into the news department as a photographer.  Tarpening spent 15 years with KMIR-TV.  He was KMIR’s first full-time news producer. (Before that. news anchors produced all the newscasts.) He also produced KMIR-TV’s first morning show, a job he held for three years. He left the station in 2005.

Next, Tarpening worked as a realtor and then as a marketing and PR Director in the Palm Springs area.

In 2007, he returned to local television when he joined KESQ-TV as an assignment manager.  The station is now run Gulf California Broadcasting, owned by News Press and Gazette, which operates the ABC, CBS, Fox, CW and Telemundo stations all in one newsroom.  Tarpening currently manages news content for all stations with newscasts, which is all but CW.

He has received six NATAS-PSW Emmy awards and one Golden Mic Award for years of covering Coachella Valley News.

Mike Fouch began his broadcasting career in 1984 at WTWC in Tallahassee, FL answering phones and assisting the Chief Engineer and Production Manager.  His San Diego career started right out of high school when he was hired by KNSD in 1986. KNSD was a great training ground and provided Fouch the opportunity to cover every production position available including loading on-air programs and commercials, recording satellite feeds, videotape operator, audio operator, lighting assistant, editor, video shading, camera operator and stage manager.

In 1995, he took a turn from the technical side and tried his hand at sports reporting and anchoring on the weekends at KCPM Channel 24 (NBC) in Chico, CA.

Returning to the technical side, Fouch was hired at KUSI in San Diego and continued to add to his skill set as a master control operator and technical director.  In 1996, he found his way back to KNSD and worked hard to become a two-time Emmy recipient for as a technical director. Fouch then became a newscast director for a few years before making the transition to management as the Assistant Technical Operations Manager in 2011.  He was promoted in 2012 to his current role as the Technical Operations Manager.

Fouch has been instrumental in every strategic project NBC 7 has undertaken in the last decade, including helping implement HD and helping build the new facility. He was also a key player in the launch of Telemundo20 in 2017.

He met his beautiful wife, Chona, at KNSD where she was an editor.  They have been married for 20 years and have two sons, Samuel and Lucas.

For 17 years, Tricia Kean has been a weekday anchor and a longtime advocate for consumers in Southern Nevada who have been ripped off or scammed.  She currently anchors the 5:00, 6:00, 6:30 and 11:00 p.m. weekday editions of 13 Action News.

A graduate of Arizona State University, Kean came to Las Vegas in 2001 from Los Angeles, where she was a general assignment reporter in her hometown at KCAL-TV.

In her 27 years on air in television, Kean has anchored overnight national news for CBS News “Up to the Minute” in New York City; and has worked as an anchor/reporter in the following stations and markets: WXIA-TV in Atlanta, Georgia, WSPA-TV in Spartanburg, South Carolina, WMAZ-TV in Macon, Georgia and KRTV in Great Falls, Montana.

Kean has received local Emmy awards in three different markets for her work as a news anchor and reporter.

Keen is also very involved in the Las Vegas community and has lent her time to many causes as an emcee and host.   She has received a number of awards for her community involvement.  This year, she is being honored with the ADL Nevada’s Community Partner Award.  She has received the National Athena Award for Best News Anchor in 2016.  She’s also been inducted into the Nevada Women’s Hall of Fame, and she’s been named “A Woman Of Valor” by Temple Ner Tamid in Henderson.

She and her businessman husband Rick Hergott have a nine-year-old son, Matthew.  Kean volunteers at her sons’ school and can be found on weekends cheering on her son in his CBA Club Baseball Tournament.

Vic Salazar’s broadcasting career didn’t happen overnight. Starting at a young age, a long sequence of events molded his desire to become a journalist. Due to space limitations, here’s the edited version: curious by nature, history buff, bookworm, gift of a tape recorder at the age of eight, paper route where newsprint got in his blood, puberty (deeper voice), self-introduction to Shotgun Tom Kelly, high school journalism, speech team, and typing class.

Salazar graduated from Mt. Miguel High School in Spring Valley and focused on advice given to him by Shotgun Tom: internships. While a student at UCLA, Salazar interned at WBZ in Boston, KGTV in San Diego and KNBC in Los Angeles.

During Salazar’s senior year while he interning at KNBC, Jim Reiman called and said, “Tiger, I want you to work at Channel 10 when you graduate.” In June 1982, Vic became a writer at KGTV and six months later was named the station’s Reporter-Trainee.

In February 1984, Salazar became a member of the newly-created news team at KGET in Bakersfield.  He served as weekend anchor and during his tenure his memorable story subjects included: Cesar Chavez, Voyager, satanic cults and killer bees.

After six years in the Central Valley, Salazar came home to San Diego via KNSD.  From the spring of 1990 to 2005, he anchored the weekend newscasts. For the next three years, he anchored KNSD’s weeknight newscasts for the CW channel.

During this 18-year stretch, Salazar received three local Emmy awards for his reporting skills. Off-air he served as a mentor to a new generation of journalists and as an inspirational speaker at schools in San Diego where he shared a message of goal setting and perseverance.  Of course, every interaction with students included the same sage advice he was given years ago: internships.

A trusted broadcast professional for more than 40 years, Dave Drexler is one of San Diego’s best-known voice-over talents, on-camera presenters and media writer/producers.  As principal voice and on-camera host for PBS affiliate KPBS-TV for 23 years, Drexler received three Emmy awards for performance and writing plus an Emmy nomination as producer.  He currently hosts and produces Inside Art for KSDS-FM, Jazz 88.3, a weekly series of radio interviews with leading local and national personalities in the arts.

An Adjunct Professor for two decades at San Diego City College, Palomar College and The Art Institute of California San Diego, Drexler delights in teaching and mentoring the next generation of media performers and producers.  Since 2003, he has served as Faculty Producer/Director of KSDS-FM’s Jazz Live, a monthly live broadcast featuring national jazz artists, which also provides hands-on concert and audio production experience to San Diego City College students.

Drexler’s newest venture offers a novel approach to the personal memoir in a unique and entertaining podcast.  TheArchiveChannel.com celebrates the extraordinary in everyone through commissioned oral histories and memoirs presented as fully produced custom interview programs. 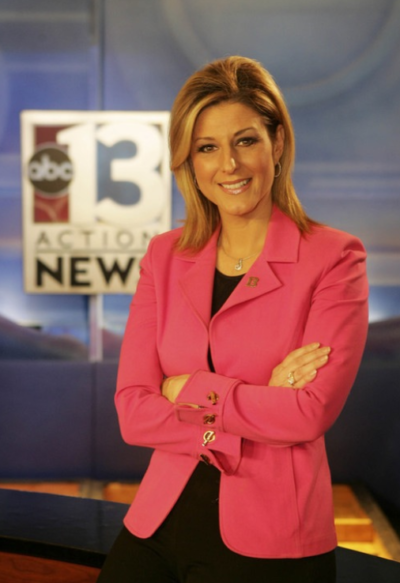