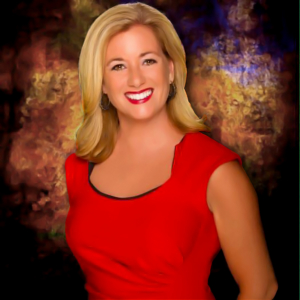 For the past 27 years, Karen Devine has delivered the local news as an Anchor and Investigative Reporter in Palm Springs. Devine was recently named the “2019 Woman of the Year” by Assemblyman Chad Mayes (R-Yucca Valley).

Devine is a award winning journalist, including several Emmy Awards, two regional Edward R. Murrow awards, and a Golden Mike. In 2017, Devine received an Athena Award from the Palm Springs Chamber of Commerce.

Devine is a member of KESQ’s the highly regarded Investigative Team or I-Team. On both the anchor desk and in the field Karen has fronted hundreds of special reports and delivered breaking news. She has interviewed some of the biggest names in the politics and several celebrities. She has moderated multiple live political debates.

When Karen is not on-air, she is frequently found giving back to her community. She is affiliated with the American Cancer Society Desert Spirit Chapter, an advisory board member for Palm Springs Women in Film and Television, and is part of The Girlfriend Factor, a group that raises money for women to go back to college. Multiple times per year you will find Karen taking on emcee duties to help support her causes. Devine also takes time out to give back to local schools around Palm Springs to introduce television journalism to students and mentor up-and-coming journalists.