Jonathan Dunn-Rankin passed away Friday, December 12th at the age of 84. Many will remember him as the Executive Director of our Chapter. He served in that position for 22 years, retiring in 2002. His commanding voice could be heard over the years on the Emmy Award nomination reels. He was also the master at explaining how to hold an Emmy Award statue, “by the base, not the ankles! She’s fragile!”

Jonathan was born in 1930 and spent his youth in Florida. He began his college career at Columbia, but left after a year and continued his studies at Rollins College in Florida. His number was up and he was drafted into the Army, spending time in France. When Jonathan returned to the states, he finished his studies at Rollins and continued to graduate school. Jonathan graduated in 1958 from the Masters program at Columbia Graduate School of Journalism. While a graduate student he interned at CBS News New York. 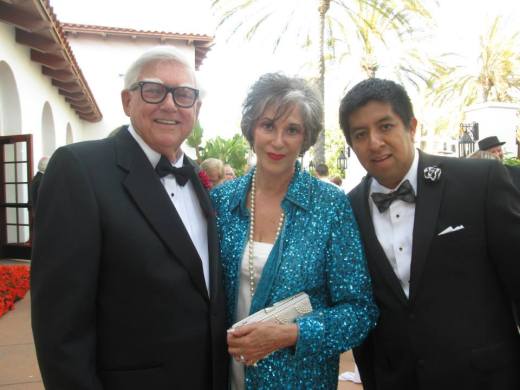 He worked in Florida, Cleveland, Phoenix and finally landed in San Diego in 1965 where he took a job with KFMB. Jonathan was on the air at KFMB for almost 13 years. He also served as union shop steward while at KFMB. In the 1980s, Jonathan was hired as a National Representative of AFTRA, where he continued to serve in an official capacity until 2000.

Besides Jonathan’s involvement in the television community, he was also an actor and community leader. He acted at the Old Globe in the 70s and 80s and most recently Lamb’s Players Theatre, North Coast Rep, Compass Theatre and Diversionary Theatre. He also was a Board member at the Diversionary Theatre. He loved playwriting and was the longtime leader of Scripteasers, a script-development group.

Jonathan is survived by his partner, David Ramos; two brothers, Derek and Peter; eight nieces and nephews; and nine great-nieces and great-nephews. A celebration of life will be held at Cygnet Theatre on February 2 at 6 p.m.

Interested in Joining NATAS Pacific Southwest Board of Governors?

Announcing NATAS-PSW’s New Board of Governors

2015 Board of Governors Election Coming In May

And the Recipients Are…