The Board of Governors of the NATAS Pacific Southwest Chapter announces the 2015 Silver Circle Inductees:

The Silver Circle is open to individuals who began their careers in television at least 25 years ago either in a performing, creative, technical, or administrative role within our industry, or in an area related to television, such as TV journalism education, advertising, promotion, and public relations and are still active in a television-related field.

All candidates have also made a significant contribution to the Pacific Southwest Television for a substantial portion of their 25-year career.  Since it was established in 1983, the Silver Circle has 274 members. The Gold Circle, which honors members who have contributed most of their 50-year plus television career to our Pacific Southwest Chapter, has 25 members.

See the list of recipients for the Silver and Gold Circle, respectively. 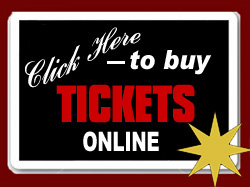 Interested in Joining NATAS Pacific Southwest Board of Governors?