John Finn has worked in the television industry since 1986 where he started as the Art Director for NBC in Youngstown, Ohio. After 10 years he got the big call to be the Design Director for the San Francisco CBS O&O KPIX-TV. 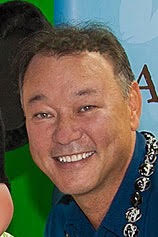 Because of family, he moved to Las Vegas to work at CBS KLAS-TV and then to FOX KVVU-TV. He’s freelanced for Harrah’s broadcast division, TechTV, Variety Productions, 168 Design, Video House, WSI Weather and Universal Studio.

Twenty six years can move fast in the television industry.